So many updates need to be made, not so much for the house but LOTS for the farm.  Our beehive survived the winter spectacularly well. We have a very strong hive. Now we need to make sure it doesn’t swarm. Talking about swarms, we are looking to increase our hives to 4 this year. We would prefer to find swarms so we have been on the lookout.

Today was a crazy day. On top of my son having therapy for a large chunk of the day, and ukulele lessons, we also had plans to get the 3 garden plots plowed with the tractor we just fixed (which will be a later post), and also had our first date night EVER planned and half payed for. We were going to see a movie screening my friend was hosting and going to dinner afterwards. We even had a sitter scheduled.

But as always life happens.

As we were coming down our driveway, we noticed a large moving growth on one of the trees. We moved closer and realized it was a honey bee swarm!!  We turned around, went back up our driveway, got a bucket, drilled holes in it, grabbed the bee suit, and headed back down the driveway. Thirty minutes later, and about 5 tries, and we had what we hoped was a swarm with the queen in our bucket. 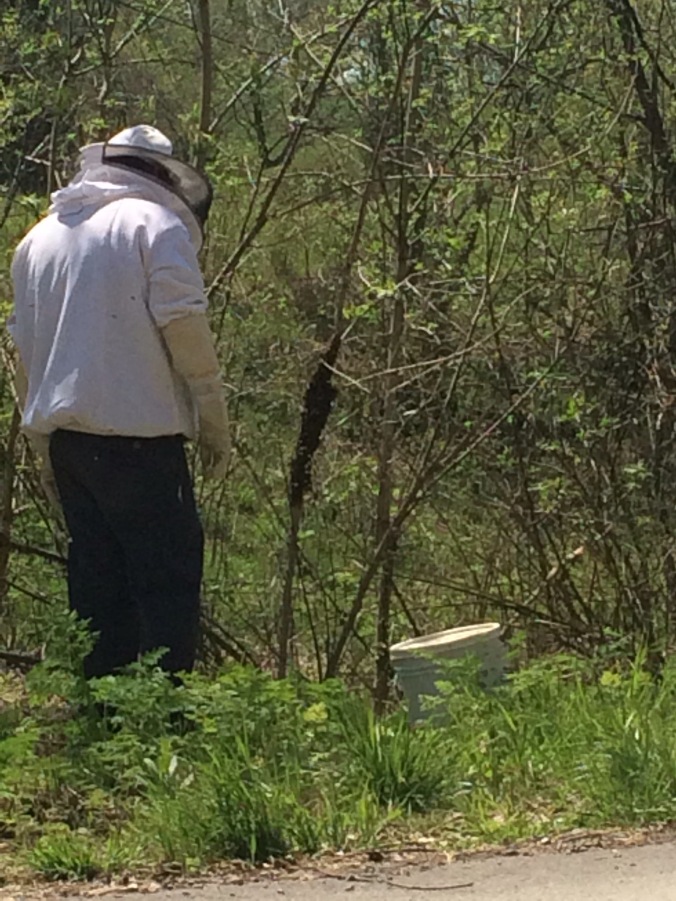 The problem?  We have no spare hive. Off we went to the bee store 30 minutes away to buy a new hive (just the brood box with frames and a top and bottom), and a feeder to help coax them to stay in the hive. After spending $125 we really didn’t have we had a bunch of wood to put together, that hopefully by the end of the evening would be a hive.
This is us putting it together: 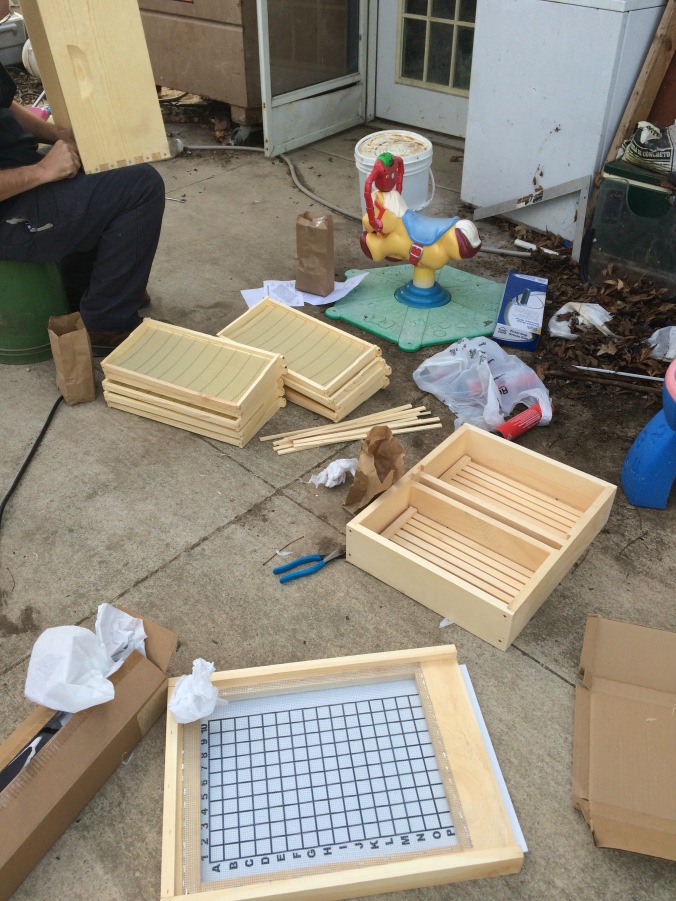 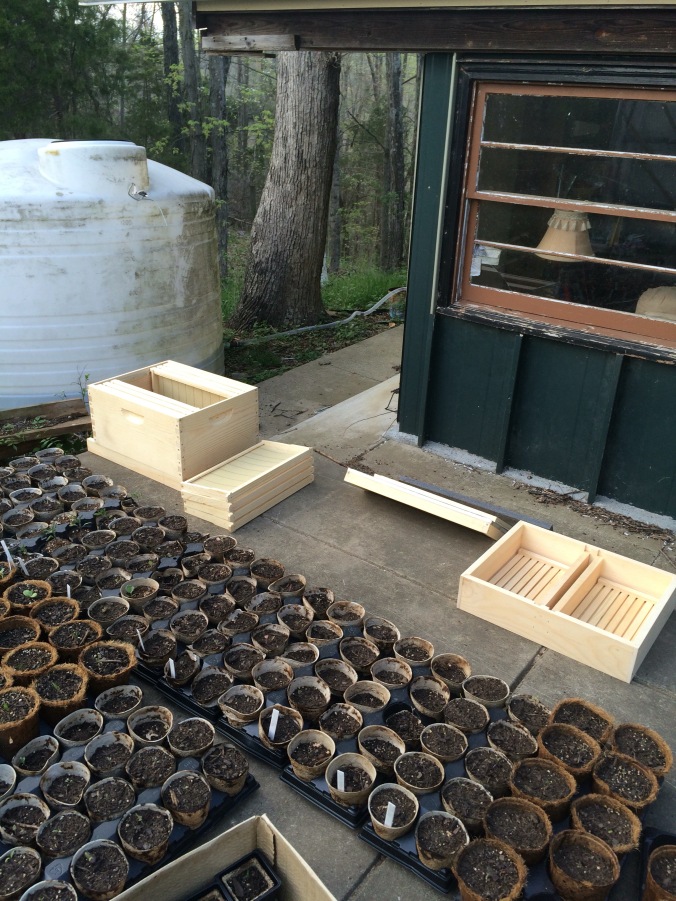 We had to forgo not only my sons ukulele lessons but also our date night. The one I had been planning for two months. I was very dissapointed, and I cried a little, but in the end we will hopefully have a new hive.

The bees seem to be taking to their new hive  very well. We will know in about 3 weeks if they approve and stay.

Meanwhile we learned an important lesson. We need to invest in a second bee suit, after taking 4 bee stings to the face. 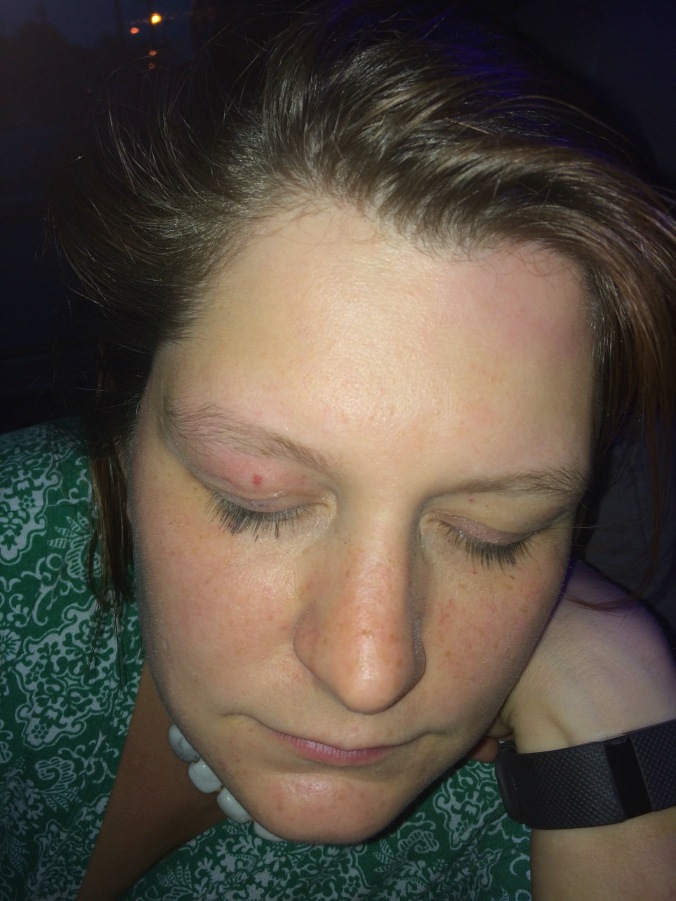